Christ the Inward Teacher (From the Journal of George Fox) 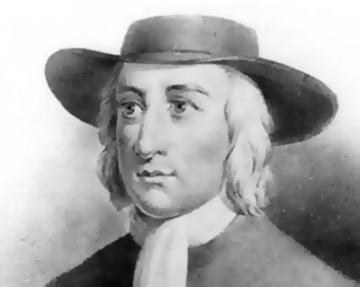 A major theme in his journal and his many letters is to emphasize Jesus Christ as the “inward Teacher” who brings insight to anyone who places their confidence in Him as Lord and Savior. Fox’s doctrine of the “light of Christ within” draws upon the Apostle John in the Bible who warned us about false teachers who do not minister the reality and presence of Christ. John directed us to rely on the anointing of Christ, the Holy One, the truth of which we can know in personal experience.

The Apostle John, “As for you, the anointing you received from him remains in you, and you do not need anyone to teach you. But as his anointing teaches you about all things and as that anointing is real, not counterfeit — just as it has taught you, remain in him.” (1 John 2:27)

Fox’s teaching on Christ the inward Teacher comes out of his own spiritual journey which we can read in The Journal of George Fox.

Excerpts and Summaries From The Journal of George Fox (Chapter One)

Fox Broke Off From his Family Relations

From a young age George Fox sought God and searched the Bible to learn how to keep his way pure. He was teased because he was different than other boys and often withdrew to himself to pray. His family raised him in the Church of England and saw his heart for God so as a young adult they wanted him to study to become a priest of one of the government approved and subsidized Anglican or Presbyterian churches. They also wanted him to get married, but he did not feel ready for either and wanted to hear personally from the Lord.

He says in his journal that at age 19, “I left my relations, and broke off all familiarity or fellowship with young or old.” He struggled with great temptations and despair so he sought help from Nathaniel Stephens, his hometown priest. They had many conversations about Fox’s difficulties and about the Scriptures. The priest was quite impressed with Fox and spoke highly of him to others, but Fox discovered, “What I said in discourse to him on week-days, he would preach on First days.” He felt used by Stephens and discerned that he was preaching words without living by them.

More Priests Who Were Miserable Comforters to Fox

Young George Fox sought help from other priests. The old priest at Manchester tried to solve his problems by getting him to smoke tobacco and sing psalms! Then he walked seven miles to the priest at Tamworth “but found him like an empty, hollow cask.”

Fox heard good things about Dr. Cradock of Coventry so he sought his counsel. He writes, “Now, as we were walking together in his garden, the alley being narrow, I chanced, in turning, to set my foot on the side of a [flower] bed, at which the man was in a rage, as if his house had been on fire. Thus all our discourse was lost, and I went away in sorrow, worse than I was when I came. I thought [these priests] miserable comforters, and saw that they were all as nothing to me, for the could not reach my condition.”

But he sought help from yet a fifth minister, Macham, “a priest of high account.” Fox shared his troubles and temptations and asked his questions and Macham’s response was to give him leeches to suck the “bad” blood out of his body!

Then at Christmastime he saw the other Christians, including the priests, “feasting and sporting themselves” in games. But Fox knew that there were many poor widows nearby so he went house to house to visit them and care for their needs.

Receiving Blessed Openings From the Lord

After five years of seeking spiritual help from priests the Quaker founder writes in his journal, “As I was walking in a field on a First-day morning, the Lord opened unto me that being bred at Oxford or Cambridge was not enough to fit and qualify men to be ministers of Christ, and I wondered at it, because it was the common belief of people… This struck at priest Stephens’ ministry.” From that time on he became a “great persecutor” of Fox.

Fox’s parents and family members were grieved that he would not go with them to church to hear Stephens preach. Instead he would walk to the orchard or the field with his Bible and to pray. He said to his family, “Did not the Apostle say to believers that they needed no man to teach them, but as the anointing teaches them?” Fox felt he could not join in church community with people who were not learning from and living by the light of Christ.

“I fasted much,” Fox says, “walked about in solitary places many days, and often took my Bible, and sat in hollow trees and lonesome places till night came on; and frequently in the night walked mournfully about by myself; for I was a man of sorrows in the time of the first workings of the Lord in me… Though my exercises and troubles were very great… I was sometimes brought into such a heavenly joy that I thought I had been in Abraham’s bosom…”

For instance, one day when he was walking in solitary prayer he writes, “I was taken up in the love of God… it was opened to me by the eternal light and power and I… clearly saw that all was done and to be done in and by Christ, and how He conquers and destroys this tempter the devil, and all his works… and that all these troubles were good for me.”

Fox realized that there were two spiritual oceans in the world, one of darkness and death and the other of infinite light and love. Because of his “great openings” into God’s heavenly ocean of love people started coming from far away to see him and he opened the spiritual life in Christ to them.

Taking People OFF of Men and Putting them ONTO Christ Alone

In this first chapter of The Journal of George Fox we find this great conclusion: “When all my hopes in [the priests] and all men were gone, so that I had nothing outwardly to help me, nor could I tell what to do, then, oh, then, I heard a voice which said, ‘There is one, even Christ Jesus, that can speak to thy condition”: and when I heard it, my heart did leap for joy!”

At a young age Fox learned to seek heavenly wisdom and get direct personal knowledge from the Lord himself. He took himself OFF of outward things and ONTO the spiritual reality of the Lord, OFF of men and ONTO Christ alone. This became the driving force in his ministry which led to terrible persecutions, imprisonments, and tortures from the Protestant religious authorities. But during his lifetime his message also led to a great spiritual renewal amongst the people of England, America, and throughout the English speaking world. His followers came to be known as Friends of Jesus and all people.

Like Dr. Cradock and the other pastors Fox sought out we may have lots of Bible knowledge or preach sermons that people like, but if we lack patience and kindness it’s all for nothing. The impact we have on our family, neighbors, co-workers, and church community comes from our own personal relationship with the Spirit of Jesus Christ, our Inner Teacher, and how we’ve trained with him to become like him, by God’s grace and power.

May we live and minister to others in such a way that people’s attention is taken OFF of us and put ONTO the Spirit of Jesus, the inward Teacher.